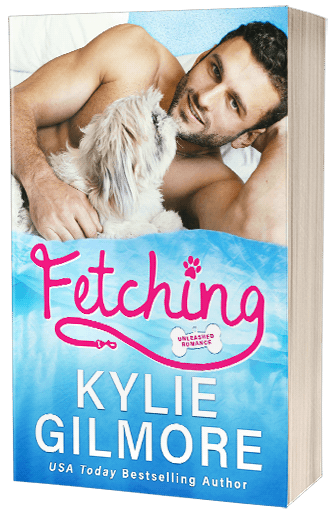 Here I am in Bora Bora, which is in French Polynesia in the South Pacific, wa-a-ay on the other side of the world. I actually had to look it up on a map on the flight over because I had no idea where it was. My husband rocks.

We’re on massage tables with a view of the crystal-clear turquoise water in our private thatched-roof bungalow. The bungalow is on stilts right over the water of the lagoon. We have our own deck and can dive in any time for swimming or snorkeling. I can see Mount Otemanu in the distance. Then the masseuse works her magic, and my eyes drift closed.

“So relaxed,” I mumble. How could I not be? Massages, floating in the warm water, long slow lovemaking in our giant fluffy bed. I feel like I’m wrapped in soft cotton.

After we finish our couples massage, we take a swim, get dressed, and sit on the chaise lounges out on our deck. I pull the chair’s awning forward, shading my head, and slide my sunglasses on. I’m wearing the red string bikini I only wear for lounging because it’s too flimsy to stay in place for a swim. Wyatt’s in navy blue swim trunks, which cover a lot more skin. We ventured to the nude beach our second day here, but Wyatt felt too many men were checking me out, so we’ve stayed on the resort’s beach ever since. He was all over me when we got back from that nude beach, staking his claim, and I loved every minute of it.

Our private attendant, Felipe, arrives to take our drink order and to see what we want to do for dinner. There’s restaurants, in-room dining, and couples-only dining in various locations on the island.

I order my new favorite drink, a coconut cloud, which is vodka and rum mixed with coconut ice cream, lychee, and vanilla. It’s a cloud, people. I am on a cloud, wrapped in cloud, floating in cloud, drinking cloud. Everything is soft and light and buoyant.

Wyatt orders a pineapple drink and arranges for a private dinner on the beach just the two of us. This morning, breakfast was delivered to our bungalow by Polynesian canoe!

After Felipe leaves, Wyatt reaches out to hold my hand. “What do you think, Syd? Did I pull off the honeymoon with all the romantic stuff your mushy heart desires?” This is day four, and he’s just now asking. Was he that worried I wouldn’t like it?

“Yes, Beelzebub, you did. I’m living in a happy warm cloud and loving every minute.” I shake his arm. “You had me worried we’d be splashing at a water park. And the Goofy hat remark!”

He laughs. “Come on, aren’t I a romantic at heart? Remember my proposal with the rose-petal arrow?”

“That was romantic. Remember how I proposed to you during makeup sex?”

“No, I was too busy pounding into you.”

I get up and settle myself on his chaise lounge, sitting between his legs and leaning back against him. “If you don’t remember, then how come you put that big rock on my finger right after?”

He wraps his arms around my waist and whispers in my ear, “I had a flashback when consciousness returned.”

I laugh, and then I sigh as he kisses a hot trail of kisses along my neck. My hair’s up in a messy bun. He kisses the column of my neck, trailing to the nape of it, which he bites gently. A shiver of excitement races down my spine.

He fingers the knot tying my bikini top in place. “I love you in this, but I love you more out of it.”

“Not here. Felipe’s coming back with drinks.”

He stands and scoops me up in his arms. I check in with his expression—playful means he’s going to drop me in the water (and I’ll retaliate in kind). Serious means we’re going to the bedroom. His eyes smolder into mine. Bedroom.

“What about Felipe?” I ask.

“I’ll lock the door and put the do-not-disturb sign out.”

“That’s the third time. He’s not going to want to bring us drinks and stuff if he has to keep coming back.”

“I’m sure he’s used to newlyweds. And you, wife, are newly wed.”

He carries me through the living room to the bedroom. All the furniture is teak with white cushions, light and airy. My cloud paradise. We have a king-size bed facing glass patio doors with a view of the water.

He sets me down on the bed and hovers over me, giving me a kiss before putting the do-not-disturb sign on the door and locking it. I leap out of bed and close the plantation shutters so there’s no witnesses to what’s about to take place.

We meet back at the bed on either side of it and pull back the covers. Then we strip out of our swim stuff, which takes only a few seconds, watching each other hungrily.

He smirks. “Did you close the shutters in case a dolphin wants to watch me fuck you senseless?”

“Or a passing snorkeler,” I retort. Then I cup my naked breasts. “Didn’t you say these were for your eyes only?”

He crawls across the bed and grabs me. “Mine, mine, mine.” He lifts me up and over him.

I lean down to kiss him, and he pulls my hair band out, my hair tumbling down around his face. He pushes my hair back with both hands and breaks the kiss, gazing into my eyes. “I love you.” His voice is fierce, utterly sincere.

He runs his hand down my back, his eyes hot on mine. “I’ll never get enough of you.”

“Good. Now fuck me senseless.” I’m on the pill now, so no condom necessary.

“Sounds like you need my help,” he says, lifting me by the waist and drawing me up until I’m straddling his head.

“Yes,” I manage, grabbing the teak headboard. He takes one long lick, and my breath shudders out. And then he makes good on his promise to always help me when I need it. Desire unfurls within me as he takes his time guiding me gently along. I tremble over him, chanting his name, my insides coiling tight. It builds and builds, my body surging toward release. I break with a harsh cry, head thrown back, eyes closed, white-hot pleasure shattering me.

And then he’s lifting me again, shifting me down his body, and guiding me down on his hard cock. My eyes fly open.

“There she is,” he says in a gravelly voice.

My muscles are languid and loose, but that’s okay because he takes control, his big hands gripping my hips. I hang onto his shoulders as he moves me, the pleasure building again.

He gazes into my eyes, and the love is a living, breathing thing between us. A rush of emotion threatens to overwhelm, my eyes stinging. I’ve never felt so much for someone before.

He brushes my hair back from my face. No words. Only deep slow thrusts, our bodies joined as close as two people can be, the love binding us together. Husband and wife, lovers, friends, enemies. We’ve been all of these, but I like our latest title best.

He releases my hips to caress my breasts, sitting up to take one in his mouth. The new position sends a shockwave of pleasure through me. He sucks my nipple deep into his mouth, and I start to move, rocking against him, seeking more of that pleasure. He lifts his head, kissing me roughly, his hand cupping my ass, pressing me on. I ride faster and faster, chanting his name, chasing my release, and then I jerk against him, the orgasm roaring through me. He grabs my hips, thrusting fiercely as I rock helplessly against him. And then he lets out a low guttural groan, his own release shaking him.

His arms wrap around me tight. I lean my head against his shoulder, spent.

“You think Felipe stopped by?” I ask.

“No idea. Your legs were around my ears.”

I laugh. “Not the whole time.”

“The rest of the time all I heard was your Wyatt chant.” He kisses me. “I swear, Syd, I could get turned on just hearing you say my name in that throaty sexy voice.”

“Wyatt,” I say in my sexiest voice.

He lifts me and then rolls me under him. “Now you’re in trouble.”

He’s such a romantic poet. Life and wife. Too bad nothing rhymes with husband. So I say the only logical thing. “I accept.”

Don’t miss the next book in the series Dashing, where Adam gets an unusual request from Kayla! Dashing is coming Feb 2021!